Thank you for attending, we hope you enjoyed this webinar.

Please tell us what you thought about today’s presentation by taking the survey below:

Over the past 50 years there has been significant advancement in Polycystic Kidney Disease (PKD) research which has allowed for the translation of these findings into not only an increased awareness of the disease but also improvements in clinical management. During “Polycystic Kidney Disease Research – Past, Present and Future: Part I”, we heard from leading experts, James Calvet, PhD and Arlene Chapman, MD, on the past scientific discoveries and clinical advancements made within the field of PKD research.

With all of these impressive accomplishments, leaders in the field know we must not become complacent but instead push the field even further forward in hopes of greater awareness, more management options, and improved patient outcomes. During Part II of our “Polycystic Kidney Disease Research – Past, Present, and Future” webinar we heard from two talented and emerging experts, Vishal Patel, MD & Katharina Hopp, PhD, where they discussed efforts being made to further elucidate the molecular pathways contributing to disease and shed light on cutting edge research that may one day lead to improved options for patients living with PKD.

We conclude this conversation in “Polycystic Kidney Disease Research – Past, Present and Future: Part III” and hear their perspectives on the cutting-edge techniques currently employed and how they see the field of PKD research evolving in the future. 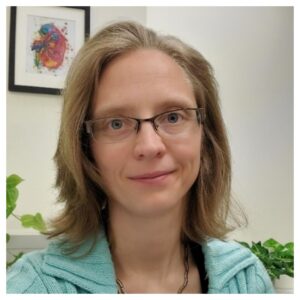 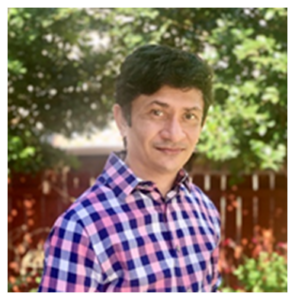 Sachin Hajarnis, PhD is a Clinical & Scientific Liaison at Otsuka Pharmaceuticals. Dr Hajarnis has a BS and MS in Life Sciences from University of Mumbai, India. He obtained a PhD in Biochemistry and Molecular Biology from Colorado State University. Dr Hajarnis joined the University of Texas Southwestern Medical school in Dallas, as a post-doctoral fellow in the department of Nephrology where he performed basic research on various aspects of Polycystic Kidney Disease (PKD). He continued his studies on the role of micro-RNAs in PKD as a Research Scientist for several years before joining his current position at Otsuka as a Medical Science Liaison. Dr Hajarnis has published a book chapter and several original articles in leading journals that include Nature Communications, Proceedings of the National Academy of Sciences, Journal of American Society of Nephrology, American Journal of Physiology- Renal, Journal of Biological Chemistry, to name a few.

Dr Hajarnis is a member of the American Society of Nephrology (ASN).

Register For The 9:00 pm Broadcast